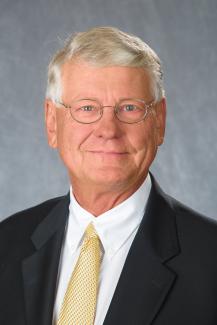 When senior Anna Villarreal received the Diana M. Fehr Memorial Scholarship, she was at her lowest point.

Throughout college, she struggled. She had difficulty transitioning to UK until she learned about resources for first generation students and for underrepresented groups. Now, she participates in many organizations, including Zeta Phi Beta Sorority, National Association of Black Accountants, Leading Latinas, Latino Student Union and the NAACP.

Then, she worried that she could not pay for housing and living expenses.

“I was constantly worried about whether I would have a place to lay my head at night,” Villarreal said. “When students don’t know where their next meal is coming from or if they will have a roof over their heads, it makes it hard to focus on their mental health and grades. This scholarship helped me succeed academically.”

Scholarships like Fehr’s are a primary goal of Kentucky Can: The 21st Century, the university’s $2.1 billion comprehensive campaign to improve student opportunities, to further innovative research, to advance health care and to heal and transform communities through the Commonwealth.

The campaign will increase the scholarship endowment by $300 million, making college more affordable for more students. It also will increase the retention rate and six-year graduation rate by 2020, two of the university’s strategic plan goals.

“This was a way to help students like her, to honor her and to keep her name alive,” Robert said.

After graduating, Diana worked as a child guidance specialist for three Fayette County elementary schools, counseling children who had difficulty adapting to school or who had tumultuous personal lives.

Everywhere she went, Diana was warmly greeted by former students who recalled the lessons she taught them. One called Diana her “feelings teacher,” and another remembered how Diana said that words are like toothpaste. Once they are out, it is hard to put them back in.

“It was always special to hear how much students remembered about her and how she helped them succeed at life,” Robert said.

Devoted to advancing students and social workers, Diana recognized that grades and test scores could not measure a person’s character, heart or caring spirit. Therefore, her scholarship rewards student leaders and those who have overcome struggles.

The scholarship was a lifesaver for Villarreal. She never through that she could afford a college education. She wanted to become a nun, until her mother insisted that she attend college. Studying social work was the perfect compromise.

“I wanted to help people, and social work embodied service while making my mom happy,” Villarreal said. “With Dr. Fehr’s support, I am able to reach my full potential. His generosity has had a huge impact on my life. Thank you doesn’t even begin to describe how grateful I am.”