Spreading A Love of Chemistry to the Next Generation 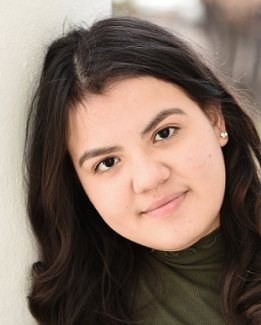 Sophomore Genesis Perello has benefited from the Wilbur L. Price Scholarship, which supported her education and fueled her love of science.

Chemist Wilbur L. Price was happiest when he was working in the lab.

“He often said, ‘Human behavior is unpredictable, but you always knew what went into a test tube and you could change what came out,’” said John Price, Wilbur’s son. It was a saying that guided his career and led to important discoveries and inventions that people use every day.

Now, his legacy lives on through the Wilbur L. Price Memorial Scholarship in Chemistry. Established more than 20 years ago, the Price family established the scholarship in Wilbur’s honor to support budding chemists with financial need and to afford more creative scientists the opportunity that their father and grandfather had.

"College may not be an option for some students, and we want to give them a hand so, in turn, they will make the world a better place," John Price said. "UK is a valuable part of the community, and we want to do anything we can to help students achieve their goals.”

Every year, several students benefit from the award, including sophomore recipient Genesis Perello.

"The scholarship helped complete my goals of going to college as a first-generation student," Perello said. "The scholarship helped me grow relationships within the Chemistry Department, which has motivated me to become a better version of myself than when I first stepped foot on campus. For the past two years, the Price family has been a blessing in my life. I dream to continue my education and hope that one day I will be able to provide for other students in need just like the Price family."

Wilbur discovered his love of chemistry as a student at the University of Louisville. Post-graduation, he began working in the field, and one of his first projects was helping to develop the lacquer tip coating for bobby pins. The coating prevented the bobby pin from rusting as well as added a bubble-like tip to the end that protected the wearer’s head from scratching.

From there, he began working as an industrial research scientist with Martin Marietta in Kankakee, Illinois. One of his proudest accomplishments was helping to develop a coating used inside gasoline cans used during World War II. Without the coating, the inside of the cans would become contaminated and quickly rust, affecting the quality of the gasoline. The coating kept the insides of the gasoline cans free of contamination, so it wouldn't clog up gas lines of military vehicles and equipment, which could potentially cause an explosion.

But his work also took its toll. In the 1950s and 60s, companies did not require their employees to wear protective masks while working around chemicals when his father was employed. As a result, Wilbur died at 55 from emphysema.

To honor his legacy, John, his mother, Catherine, and sisters, Katherine Hatter and Virginia Price, established the scholarship, and over the years, the scholarship has evolved into a family project that now includes John and Linda's son Michael, his wife Alison and their daughter Karen Price Kraster.

Although Wilbur Price was not a UK alum, the Price family have several connections to the university. John’s wife, Linda ('66, '67), received her bachelor's and master's degree from UK, and she recently attended the 50th anniversary celebration of the Special Education Department.

"I had several fellowships and scholarships when I was a student there. I think back to what an asset that was to me, and it makes me want to give back," Linda said. "It's a very humbling and rewarding experience when you know you've helped a young person start on the road to what they want to accomplish in life.”