The mission of the UK Office of Philanthropy is to provide institutional leadership that maximizes gifts from the private sector to assist the university in becoming a Top Twenty public research university. The office identifies and cultivates donors from around the world; manages and participates in the solicitation of donors; enlists volunteers, receives gifts and ensures proper recording and stewardship of gifts to the university.

With the private support of many Kentuckians, a great University was built in the Commonwealth out of the ashes of the Civil War. John Bryan Bowman – the force behind the founding of the institution that was to become the University of Kentucky – rode on horseback through the central Kentucky countryside in 1865 inspiring others to join his quest to establish an educational institution equal to any in America.

Bowman was an attorney and farmer from Harrodsburg, and in less than two months, he secured more than $100,000 in gifts and pledges. With the personal commitment of more than 150 farmers and townspeople, Bowman amassed the financial capability to purchase the grounds and erect the buildings for the new University in Lexington.

These philanthropic gifts from Kentucky citizens began the University’s distinguished tradition of private support. During the many decades that have followed, the University has continued to grow in size and prominence due in no small measure to the generosity of those who believe – as Bowman and others did – in the limitless potential of the University of Kentucky.

The University of Kentucky’s development program had its beginning in the University’s centennial year of 1965. The institution’s 100th anniversary was cause for celebration as well as for contemplation of the future and how to enhance the University as it entered its second century of service.

Then, as now, securing support for the University from the private sector was given priority. Alumni and friends from throughout the country were recruited to help in the effort. The UK Development Council was created and before 1966 had passed, the Council formed the UK Fellows program to recognize donors for significant contributions to the University. Between December 1966 and June 1968, the University enrolled 41 Fellows who committed a total of $2,500,000 in gifts.

This magnificent beginning grew into a program that has been a mainstay in the University’s fundraising effort for more than 50 years. In 1992, the program was broadened to include corporate and foundation donors. And now, because of the continued and increasing need for private support, three new levels of recognition – Frank LeRond McVey, Frank G. Dickey and Commonwealth Fellows – have been created. These additions signal a new era in the University’s continuing quest to recognize in a meaningful way all who provide generous and enduring support.

On Friday, September 14, 2018, we announced the largest fundraising campaign in UK’s history, a $2.1 billion campaign. We are currently over halfway to our goal. You can learn more about Kentucky Can: The 21st Century Campaign here.

The William B. Sturgill Building

The UK Alumni Association traces its history to 1889 when Joseph H. “Little Joe” Kastle, a graduate of UK and a nationally known chemist, returned to his alma mater as professor of chemistry. He persuaded a few of his fellow faculty members/UK graduates to establish an alumni club, organizing the first group of alumni with the purpose of joining together in support of the university. The residence on Coldstream Farm in Newtown Rd. was converted into an alumni/faculty club and named the Carnahan House for James. W. Carnahan, a prominent alumnus and benefactor of the university who paid for much of the remodeling. Seven years later, UK acquired Spindletop Hall, a grand mansion located on Iron Works Pike, and it replaced the Carnahan House as an alumni gathering point. While several association leaders served since 1889, Helen G. King is credited as being the UK Alumni Association’s first permanent director, serving from 1946-1969. The Helen G. King Alumni House, on the corner of Rose St. and Euclid Ave., opened its doors in 1963. Since its inception in 1889, the UK Alumni Association is an organization who serves the University of Kentucky and its many alumni, students, parents, and friends. The UK Alumni Association provides benefits, communications, programs, and services to support our university and keep alumni connected to the University of Kentucky and each other. Through programs, we promote a spirit of fellowship and loyalty among alumni, provide a continuous flow of information on the progress and needs of the university, and encourage united alumni support for the university’s advancement. 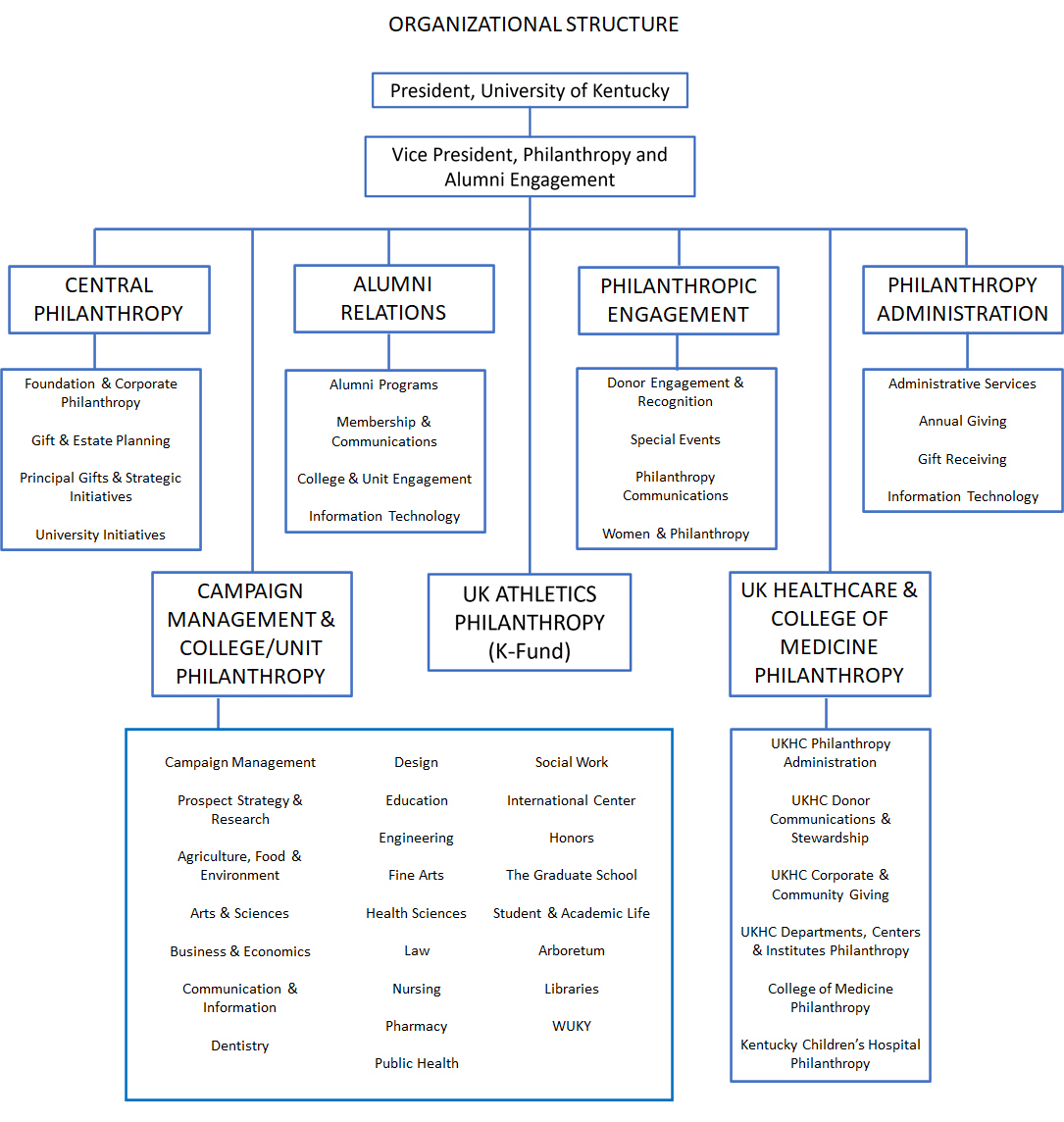